A governmental health authority is urging English cities to consider mass fluoridation of their water supplies in what they say will be a “safe and effective” way to increase public health. 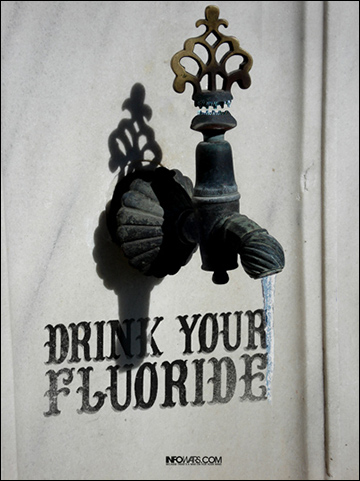 Officials with Public Health England, a governmental entity purporting to be all about “helping people to stay healthy, and protecting them from threats to their health,” have cited figures they say indicate adding the industrial toxic waste chemical is not as bad as once perceived.

“In fluoridated areas, there were 45% fewer children aged one to four admitted to hospital [for dental problems],” a BBC report on PHE’s study claims, adding, “Levels of general tooth decay were 15% lower for five-year-olds and 11% lower for 12-year-olds.”

Although pointing out “It has been suggested water fluoridation can increase the risk of some cancers, hip fractures and Downs syndrome,” the BBC fails to mention the multitude of university studies which link fluoride to a host of severe detrimental disorders.

Harvard research, published in the journal Environmental Health Perspectives in 2012, for example, showed “children in high fluoride areas had significantly lower IQ than those who lived in low fluoride areas.”

A recent study published by General Dentistry researchers found that “Excessive fluoride consumption during the first 2 years of life is associated with an increased risk of dental fluorosis.” Researchers tested 360 baby food samples and found that “All foods tested had detectable amounts of fluoride.”

“All infant formula, infant juices and virtually all beverages and foods contain fluoride,” reportedFluoride Alert.org concerning the study. “Most US public water supplies are fluoridated,” and alarmingly, “Some fluoridated bottled waters are marketed specifically for babies’ consumption.” 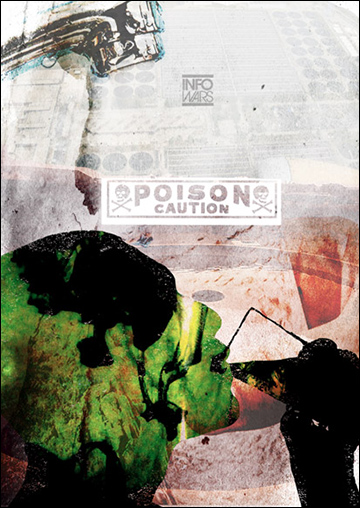 And a 2006 Chinese study also found fluoride in drinking water “can cause damage to liver and kidney functions in children.

Fluoride is also listed by the EPA as a “Chemical with Substantial Evidence of Developmental Neurotoxicity.”

In fact, fluoride’s impact on health is so well known it received its own section in Obama science czar John P. Holdren’s book EcoScience in a chapter entitled, “Direct Assaults on Well-Being.”

EcoScience authors admit “The scientific evidence supporting the efficacy and safety of mass fluoridation at the generally recommended level of 1 milligram per liter of water (1 ppm) is not as good as it ought to be,” however, fluoridation is still practiced due to the lack of “convincing evidence that it is harmful.” (pg. 575)

The book continues, “Perhaps the strongest argument against mass fluoridation of drinking water is that individual treatment with fluoride is simple and can be supplied cheaply on public funds for those wishing to use it.”

No matter the obscene volumes of literature highlighting fluoride’s ill effects, Public Health England officials are set to start urging city councils to “consult their local populations on the issue.”

In 2008, Steve and Paul Joseph Watson compiled a list of fun facts about fluoride local populations should also consider, including its first public use as a sedative and sterilant in Nazi concentration camps.

– Fluoride is a waste by-product of the fertilizer and aluminum industry and it’s also a Part II Poison under the UK Poisons Act 1972.

– Fluoride is one of the basic ingredients in both PROZAC (FLUoxetene Hydrochloride) and Sarin nerve gas (Isopropyl-Methyl-Phosphoryl FLUoride).

– USAF Major George R. Jordan testified before Un-American Activity committees of Congress in the 1950′s that in his post as U.S.-Soviet liaison officer, the Soviets openly admitted to “Using the fluoride in the water supplies in their concentration camps, to make the prisoners stupid, docile, and subservient.”

– The first occurrence of fluoridated drinking water on Earth was found in Germany’s Nazi prison camps. The Gestapo had little concern about fluoride’s supposed effect on children’s teeth; their alleged reason for mass-medicating water with sodium fluoride was to sterilize humans and force the people in their concentration camps into calm submission. (Ref. book: “The Crime and Punishment of I.G. Farben” by Joseph Borkin.)

– 97% of western Europe has rejected fluoridated water due to the known health risks, however 10% of Britons drink it and the UK government is trying to fast track the fluoridation of the entire country’s water supply.

– In Germany, Belgium and Luxembourg fluoridation of water was rejected because it was classified as compulsive medication against the subject’s will and therefore violated fundamental human rights.

Click here to find out if your water supply is poisoned with deadly fluoride.

Infowars recently fought fluoride in the city of Austin to no avail.