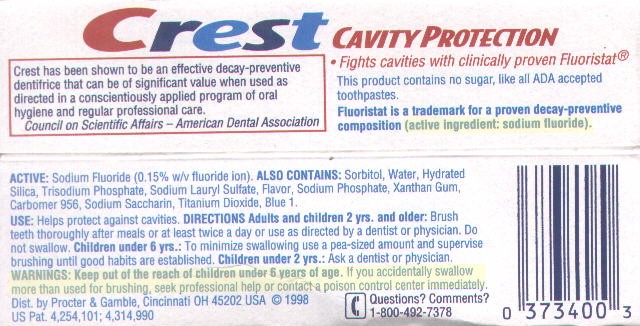 Maybe you are not convinced that fluoridated toothpaste is a useless and harmful thing. Apparently even some of the leaders in this de-fluoridation movement do not understand how bad it is – because they continue to mention the studies which say that “fluoride works topically not systemically”, even implying that they agree with this false claim. And they often make the clever comment that “we don’t eat sunscreen, do we?”, implying that fluoride is effective if applied topically. Science Daily questions this myth, and so too do we.

So what is so bad about fluoridated toothpaste?

As we brush with Crest or Colgate we absorb fluoride through our gums, tongue, and other soft tissues. We are told to brush for five minutes. Our Waterpik is set for a five minute brush, and we often brush for the full five minutes. We do this morning and night and sometimes after means and snacks during the day.

We brush in part to get rid of “morning breath”, and so we brush for a long time and we do not necessarily “rinse out” thoroughly.  And in the process we swallow some of our toothpaste.

During the day we have a snack. Or our breath is bad, and we brush again. And in the process we swallow some of it.

A coating of toothpaste is left on our teeth and also on the surfaces of our gums, tongue, and other soft tissues. We absorb more fluoride, and during the day we swallow more of our toothpaste.

Fluoride forms a loose ionic bond with the calcium and phosphorus in the teeth, but as soon as we eat or drink something slightly acidic, the fluoride washes off, and we swallow it. Whatever toothpaste stays on your teeth or gums, tongue and other soft tissues gets swallowed.

It’s like lipstick. Women gradually eat their lipstick, which is why I buy vegan lipstick for my wife, instead of the commercial stuff made out of rendered cattle and pig bones.

If you have young children, it is hazardous to keep fluoridated toothpaste in your bathroom. It tastes like candy, and children frequently lock themselves in the bathroom and eat it. This can cause them to become hypersensitized.

According to Dr. Sauerheber, fluoride ion is unlikely to kill tooth decay bacteria unless the concentration is very high, probably at or above 5,000 and in addition if the pH is acidic. Even then it is probably not the fluoride ion which is killing the bacteria but the hydrogen fluoride . Fluoride ion converts into HF as pH drops. HF is highly penetrating and thus can enter cells which fluoride ion cannot.

There are better ways to protect teeth than to drink fluoridated water or brush with fluoridated toothpaste. Don’t eat sugar, unsprouted bread, pasta, candy, cake, sugary cereals. Chew xylitol gum. Use xylitol as a sugar substitute. Brush after meals with non-fluoridated toothpaste. Floss daily. Take calcium and magnesium supplements. Take vitamin D supplements – 5,000 units – in the winter and also in the summer if you get little sun. Eat raw and cooked greens, which are rich in calcium, magnesium, and potassium. Eat less animal products – which are low in calcium, magnesium, and potassium and which acidify blood and suck calcium out of bones.

There are antibiotics and antiseptics which actually kill the dental decay bacteria, such as chlorhexidine gluconate, as recommended by Dr. Featherstone, DDS. CaviStat toothpaste, contains arginine bicarbonate/calcium carbonate does a better job of preventing tooth decay than fluoridated toothpaste.

Fluoridated toothpaste and mouthwash should be sold by prescription only.

We ought to be giving people the complete picture about fluoridation chemicals. People are more likely to come to see that drinking water fluoridation is a hoax if they get the entire fluoride picture, including the fact that fluoridated toothpaste is a hoax.

Thus far we have pretty much ignored the psychological factor involved. Fluoridation is like a cult religion. Believers are trapped in a maze. The exits are blocked by stock answers and . The education we are doing is like the deprogramming that is done to help a person escape from a cult religion. Advertising is a form of programming or even mass hypnosis. It is employed to manipulate people to buy high profit products, including sweet things which rot their teeth, and fluoridated toothpaste to save their teeth.

Sometimes it is easier to sell a big lie than a small lie. We have to take the fluoride big lie apart piece by piece, and we do not accomplish that by saying nothing about the fluoridated toothpaste aspect of the lie.

Note that I have modified it somewhat.

Some de-fluoridators are saying that although it is unsafe, there are peer reviewed studies which say it is effective at reducing tooth decay.

I would like to know where these studies are. Are they like the studies showing that drinking water fluoridation is effective?

To what degree is fluoridated toothpaste is more effective than the alternatives, which are:

using xylitol as a sugar substitute

taking vitamin D supplements in the winter if you live in the north,

eating raw and cooked greens, which are rich in calcium, magnesium, and potassium,

brushing with the new CaviStat aka Sensistat, when it becomes available.

When the fluoridationists say that fluoridated toothpaste is “effective”, to what are they comparing it? More effective than what?

Is it effective to the extent that it is the best or only way to control tooth decay?

One de-fluoridation expert has told me that he uses fluoridated toothpaste, that very little fluoride is absorbed through the gums and soft tissues in the mouth, that very little is swallowed, that you get far more fluoride from a cup of tea than from brushing with fluoidated toothpaste, that It has been proven to be effective on exposed dentin (root surfaces), and is effective in the long run.

Notice also that technically you have support from Colgate itself. Colgate has marketed for some time now fluoride free toothpaste for children. This is because fluoride toothpaste is not allowed by FDA warning for children under 6 as per the warning on toothpaste boxes and perhaps also because of the chance that Colgate might recognize that little kids can be poisoned with their fluoride adult strength toothpaste and that a common occurrence is fluoride acute poisoning from swallowing or eating toothpaste by children. The kids toothpaste box says “safe if swallowed” and comes with fruit flavorings to train kids to use toothpaste from Colgate. It is marketed for use between age 0 to age 2 and it says it “gently cleans teeth and helps remove plaque for cleaner teeth”.

Maintaining the cleanliness of blood is infinitely more important than decreasing teeth caries. There are many methods to eliminate caries without harming the bloodstream, bone brain, thyroid, aorta, etc. Brushing after eating sugar, chlorhexidine to kill bacteria, hydrogen peroxide to kill bacteria in more mild cases, brushing with baking soda or fluoride free toothpaste regularly. Even having a tooth pulled eliminates caries without contaminating the bloodstream with a toxic substance.  Fluoride use as a purported dentifrice is old, dead news.

There are many studies published, all not particularly good, that claim fluoride in paste decreases caries more than does a comparable toothpaste without fluoride.

But recent studies indicate that the effect is only a 25% reduction at 1,500 ppm fluoride and the decrease is not even statistically significant ( i.e. outside error bars).  And higher fluoride to 5,000  did not significantly lower the caries rate any further so it is very likely that the entire idea in the first place was an artifact. In fact, fluoride in paste was invented only AFTER Dean started the idea that ingesting fluoride from water decreases caries and after the Newburg Ganrd Rapids trials were finished. Toothpaste became available only around 1958.

It should be available by prescription only, which will effectively mean the end of it.

And that means we should not be conceeding that it “works topically”. What does “work” mean anyway? If you are swallowing and absorbing significant amounts of fluoride, if it travels from your gums up into the dentin of your teeth, can it be said to “work”?

Bottom line: Shouldn’t we be telling people to avoid fluoridated toothpaste instead of giving it a pat on the back?

When it comes to drinking water fluoridation, we are doing de-programming. We do not accomplish that by leaving some of the lie in place.

Fluoride for ingestion – and toothpaste gets ingested – is a lie, and we should say so.

I personally wince when fluoridated toothpaste is described in that way.  It clearly isn’t safe – hence the poison warning on the box.  However, in the case of “effective”: there are still some reputable dentists out there who argue that pharmaceutical-grade fluoride, applied topically, might be a tiny, tiny bit effective (provided we twist the definition of “effective” till it squeaks). I think most of those who use that as an excuse to point people toward fluoridated toothpaste vis a vis water fluoridation are just trying to take advantage of the CDC’s own statement that fluoride’s “benefit” comes predominantly from topical application (i.e. not from ingestion). But you’re right in that it’s a trap we should try to avoid.

When someone asks me what I think about fluoridated toothpaste, I explain it thus: “Would you chew on a pea-sized piece of Death Cap mushroom for 2 minutes and then spit it out twice a day every day for 60 or 70 years, for any reason whatsoever?  No?  Well, that’s how I feel about F toothpaste.”  Then I recommend my unfluoridated brand.