On January 28, 2012, members of Fluoride Class Action – James Robert Deal – and Washington Action for Safe Water – Audrey Adams, Dr. David John and Ed Mitsukawa – toured Everett Water District’s Lake Chaplain water treatment plant. Mark Weeks conducted the tour. He is the narrator on our voice recording of the visit. His job title is “Drinking Water Processing Analysist”. We were not allowed to take photos or videos of the water plant “for security reasons”. Even without the visual dimension, the interview provides an orientation regarding how water treatment and fluoridation work.

From left to right are: Mark Weeks, James-Robert Deal, Ed Mitsukowa, Audrey-Adams, and Dr. David John, M.D. This was the only photo we were allowed to take on the Lake Chaplain premises. 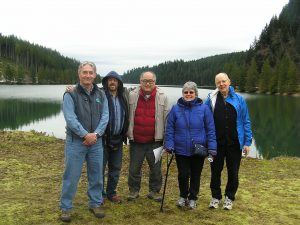 Every three weeks on average a tanker truck like this delivers fluorosilicic acid to the Lake Chaplain treatment facility north of Sultan., 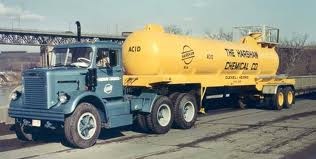 This is what the Certificate of Analysis, Bill of Lading, and Invoice have to say: around 47,000 pounds of acid, around 5,000 gallons, at $.3445 per pound, for a total cost of the shipment of  around $16,200 per load. Mark Weeks says there are around 18 shipments per year, more in summer when use doubles, less in winter, around one shipment every three weeks on average, for a yearly expenditure of around $290,000. Around 330 gallons of fluosilicic acid are pumped into drinking water daily.

To get to Lake Chaplain, go east from Everett on Highway 2: 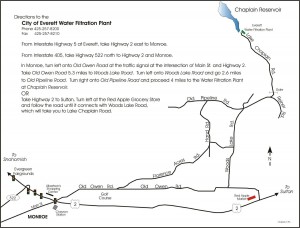 It is January 28, 2012. I am at the entrance to the Lake Chaplain water treatment plant at around 800 feet above sea level. The main source lake is Spada Lake up at around 1,400 feet above sea level. This area is in the convergence zone. Moisture laden winds off the Pacific go around Mount Olympus and converge here and drop up to 160 inches of rain each year. When a big storm rolls in, there can be as much as a foot of rain or snow in a single day. Cliff Mass explains that Spada Lake will always supply Everett with more water than it can ever use and that the Everett supply system has more capacity than the Seattle system. I am driving the Buick LaSabre that my mother, Elizabeth Abraham Deal left me. 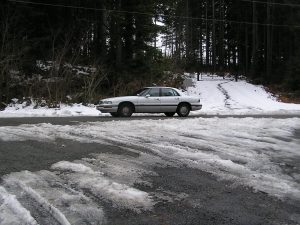 The Everett Water District allows tours. You must make an appointment. Entry to the plant itself is by permission only. The treatment plant is a closed area.

You must press a button and talk to the control room which will open the gate and let you in. 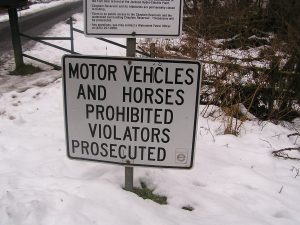 This is an audio recording of our treatment plant tour. Mark Weeks conducts the tour and answers our questions, with assistance from John Calhoun.

My batteries ran low in my HandyH4N recorder, so I had to change them. I missed some of the interview.

Although we were not allowed to take photos or video of the treatment buildings – inside or out – interior of the building, you can “see” the buildings by following this schematic diagram.

Regarding the various buildings:

The fluoridation building: Fluoride tanker trucks carrying 5,000 gallons of fluosilicic acide back down into an entry bay. The bay is wide and long and slopes down up to a depth of six feet, so that if the truck spilled its entire load, the bay would contain it all. The cement is lined with epoxy so the acid will not burn through it.

The bay has an emergency shower in it, a big rubber house that is screwed into the tanker to offload the silicofluoride, an a smaller pressure hose which is connected to the other end of the tank to force all the liquid out of the tanker.

The fluoride building houses two 6,000 gallon tanks and a smaller mixing tank. The pipes and tanks are all CPVC. Fluoridation began in 1991, and all the pipes are due for replacement. Mark says that 20 years is the life expectancy for any CPVC pipe. Oddly, the CPVC tanks are not themselves being replaced.

As you enter the building you notice that the glass in the door is etched by the hydrogen flouride, HF, fluoric acid. It is in the air. When I entered the building I smelled a strange smell, and I immediately became dizzy. I should have left the building immediately. If you ever visit a fluoridation building, don’t breathe inside. Do some deep breathing before entering and hold your breath while you are inside.

The building has big fans on the ceiling to draw air out of the building, circulating the air in the building ten times an error. Mark explained that the fluorosilicic acid breaks down into gas. The gas is good at slipping through the joins in the CPVC pipes and tanks. Maybe that is why the pipes are being replaced. Not only is the building vented, but the tanks themselves are vented to outside air. Mark seemed to admit that the tanks leak some hydrogen fluoride.

I will add more later.

FLOCCULATION AND THEN FILTRATION

When the filtration medium is backwashed, it is backwashed with finished, that is, fluoridated water. The backwashed flocculent plus minerals, mud, and microorganisms go into a settling pond. Every few years the sediment builds up and has to be removed to a toxic waste storage landfill because there are small amounts of arsenic in it. Where does the arsenic came from? Some comes from the source water, but not all, because the source water is only around 8 ppm dissolved solids, mostly calcium and magnesium.

Around February 9, as soon as the current load of silicofluoride was used up, Everett halted fluoridation. The CPVC pipes need to be replaced. Fluoride Class Action takes the position that fluoridation should not resume. See our letter to Jenny Durkin, US Attorney in Seattle.

I will be updating this page with more information about how the water treatment process works.