Trendley Dean – One of the Founders of Fluoridation 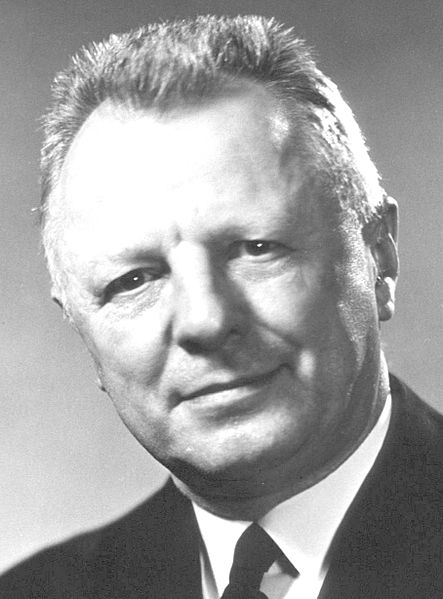 Trendley Dean was one of the founders of fluoridation. Allegedly he made up the hypothetical graph about the correlation between caries, fluorosis, and fluoride levels in water. See chart 16:

Dean brushed aside some early misgivings he had about fluoride’s possibly adverse effect on bones to go on to a highly successful career based largely on his promotion of water fluoridation.

Compare him with another dentist, Dr. George Heard, of whom I wrote three years ago in my Fluoride Follies blog: http://blog.fluoridefreeaustin.com/2009/08/02/hereford-texas–the-town-without-a-toothache–not.aspx

Heard did repudiate his earlier pro-fluoride stance, and his opinion made it into congressional testimony.

Albert Burgstahler would know the exact details on Dean. What I remember hearing about or reading is an account of Dean admitting under oath at one of the government committee hearings or trials that he cherry picked the data from 22 cities out of nearly 200, and admitting that scientifically the full sets of data doesn’t show caries reduction with increased F in water as he had claimed.

There is also an account of the young Dean writing his doubts in a letter to someone that there was a connection between better teeth and 1 ppm F, and doubts about acceptable fluorosis rates. That doubt disappeared when the government (i.e. Alcoa et al) made him an offer. Then he got zealous and competitive, and rushed the implementation of the Grand Rapids-Brantford experiment against the advice of some colleagues. He developed the Dean Index for levels of dental fluorosis, and came up with the pronouncement (perhaps influenced by Hodge) that optimal fluoride level in drinking water is the one that will cause no more than one in ten children to develop the form of mottling that is visible on all teeth to the untrained eye. When mottling is visible on all teeth to the untrained eye, it’s moderate to severe. So the atrocious standard, the optimal level, is one that gives 100% of all kids the mild form of dental fluorosis, and up to 10% the moderate to severe form.
Aliss

I have most of Dean’s published papers in my files as well as copies of the Dean papers (correspondence) from the National Library of Medicine, and a lot more papers relevant to the history of fluoridation. With regard to claims as to what he allegedly admitted under oath, there is a paper where he denies such claims (“Trendley Dean repudiates antifluoridationists”, J. Am. Dent. Assoc. 61 (Oct. 1960) 513-4). The claims, as he writes, originated from an advertisment in the Akron Beacon Journal, Sunday, August 28, 1960. I have never seen that ad, though.

As far as fluoridation is concerned, he carried out the epidemiological studies, but it remained for others to initiate water fluoridation. Before the USPHS became involved in the Grand Rapids experiment -actually initiated by Pelton, Taylor, and Davis- funding issues had to be resolved. In this regard, there was at that time a rivalry between the Childrens Bureau (which funded the Newburgh trial) and the USPHS.

I found it highly interesting that many related issues have never been addressed in any of the books on the history of fluoridation.
I wonder why so many people interested in this history have never checked the relevant papers. The story is not a matter of industrial interests. It’s public health dentistry, and the rise of a profession.

the NLM has only a “finding aid” online for the Dean papers; it simply displays a list of the contents of the several boxes and folders.

For his first official caries study he selected from the 1933/4 caries survey (published in 1936) those counties where at least 25% of the children had been examined (by different local dentists participating in the general survey initiated by the ADA in cooperation with the USPHS). The published report (Dean is one of the coauthors) says that no general conclusions can be derived from that study because of many shortcomings listed in the introduction. Nevertheless he used the data for his mottled enamel vs. caries prevalence study. If you have a closer look on his study you’ll find that while the number of caries-free children varies, the number of carious (actually carious or already treated) teeth among children with caries is almost identical in all groups. If there were a fluoride effect, it would be “all or nothing”, no reduction in the number of carious teeth per child afflicted, but either a child has or has no caries. Confounding variables? – never looked for.

A previous survey carried out in Amarillo and Wichita Falls had miserably failed (some details on this can be found in the Jay papers stored in the Bentley Historical Library of the University of Michigan).

The first preparations for the fluoridation trial in Michigan were undertaken late in 1942 (in connection with the October APHA “oral health group” session). In 1943 fluoridation was the subject of a symposium of that group along with the proposal to the APHA board to create an official “Oral health section” (organized by state dental directors in 1937 but with no official status within the APHA). Two leaders (Clifford Ray Taylor and William R. Davis) of the dental division of the Michigan state board of health had been elected chairman and vice-chairman of the new section and, therefore, led the move. First plans were to fluoridate Muskegon, yet because of some political issues they switched to Grand Rapids and kept Muskegon as the control.

New York state officials, with the support of the Childrens Bureau, were already ahead with their plans for Newburgh – Kingston, while the USPHS, which had been asked by the Michigan people to fund their study, had still no funds available for “demonstrations” of that kind. Several bills had been introduced since 1940, but failed, – until June 1944, when the funds became finally available (actually to Jack Pelton’s group in the USPHS). Now the Michigan crew in cooperation with Pelton (who was later succeeded by John Knutson), Arnold and Dean, rushed to start the “first” experiment, that had to become a success anyway.